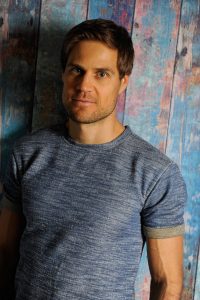 I am a physicist, health and fitness enthusiast and critical thinker. Currently I am working at the Department of Radiation Oncology and Radiotherapy at the Leopoldina Hospital in Schweinfurt, Germany. After graduating from the University of Heidelberg with a Diploma in Physics in 2005, I started to work as a PhD student in what I still believe to be the most fascinating science out there: Astronomy. My subject was the search for stellar streams in the vicinity of the Sun which are believed to be remnants of former satellite galaxies that became disrupted by the gravitational tides of the Milky Way galaxy. Due to my passion for triathlon and strength training and some own health problems that perplexed me at my young age, I also developed a strong interest in nutritional and health-related research. After receiving my PhD in 2008, I continued to work as a Post Doc at the Max-Planck-Institute for Astronomy mainly for the satellite project Gaia that has been launched late 2013. During that time, I also did an advanced course in Medical Physics at the German Cancer Research Center, thinking about a perfect opportunity to learn about medical topics and to eventually change towards a new and interesting working field.

In January 2012, I moved back to my Frankonian home and started my training as a medical physicist at the Department of Radiation oncology at the University Hospital of Würzburg. There I also was able to pursue some research on the ketogenic diet and on tumor metabolism. After two nice and interesting years in Würzburg I finally got the chance to make it back to my home town Schweinfurt and started to work at the Leopoldina community hospital. With me I brought my own perspective on nature, science and health. In particular, I am convinced that much of the narratives about health and nutrition in particular are wrong, illogical and don’t make sense from an evolutionary viewpoint, but this is supposed to be this way due to conflicts of interest. This perspective still influences my work and research.

Meanwhile, I habilitated at the University of Zurich, Faculty of Medicine (Switzerland) and started running a small business in the field of health promotion.